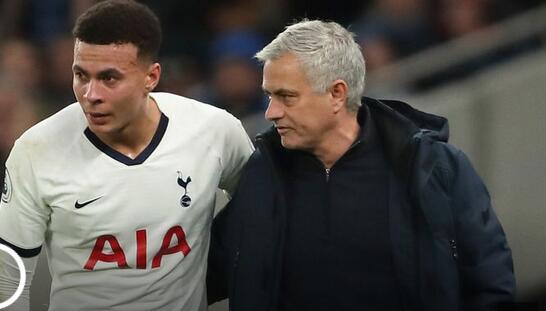 Tottenham general Ali fell out of favor in the new season and was once unable to enter the roster. Before this round of Europa League qualifying, Ali returned to the Tottenham lineup. Mourinho said that Ali will not leave Tottenham this summer and hopes he can prove himself.

Mourinho said: "I believe Ali will stay. I can even say that I am sure Ali will stay. We all know that Ali has experienced ups and downs, there have been moments of highlights, and there have been lows. For me, this is not the same as before. What's the difference. He plays well and sometimes badly. I think this is a lack of stability, which is normal."

"Tomorrow's game he made the roster, but has not yet decided whether to start or substitute, but when he is selected, he has a chance to play. Whether he plays for 1 minute or 90 minutes, he must prove it to us-that's it Simple. There is no problem with him. Just like other players, performance is important."