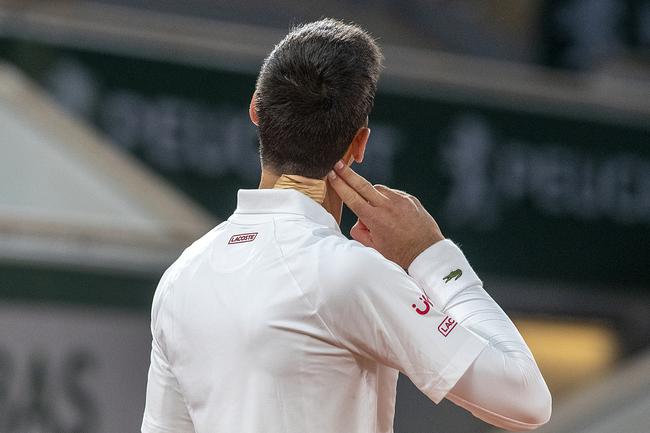 Beijing time October 8 news, in the men's singles quarter-finals of the French Open in 2020, Djokovic reversed Busta. After the game, Djokovic talked about his neck and arm injuries and expressed his hope to recover as soon as possible.

At the beginning of the game, Xiaode had some problems with his neck and arms. During the interday break after losing the first set, Xiaode applied for medical staff to come in to massage his left arm, but he did not apply for a medical timeout. He also had a plaster on his neck. In the first set, Druid had only 40% of his first serve success rate, 16 unforced errors and only 9 winning goals. Busta had 12 winning goals and only 9 unnecessary turnovers.

Djokovic had similar symptoms when he was in Cincinnati. The world number one said after the game: It happened during the warm-up, and I must deal with these physical problems alone on the court. As the game progressed, I felt much better, not so painful. I don't want to deny his (Busta) excellent performance, especially in the previous one and a half games, he was a better player and dominated the game.

Xiaode then added: “I have problems with my neck and shoulders, but I don’t want to say too much. I’m still in the signing process, so I don’t want to reveal too much about it. I feel pretty good now, just like I By the way, with the deepening of the game and the full warm-up of the muscles, the pain gradually disappeared. This made me play better and better and feel better."